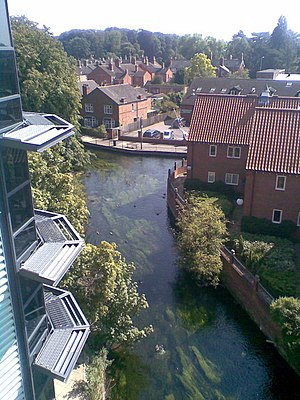 The River Slea from The Hub
Sleaford is a town in the North Kesteven district of Lincolnshire.

The businessman and colonial politician Cecil Rhodes spent part of his childhood in the Manor House, Sleaford, part of which is now called "Rhodes House".[1]

The artist Charles Shannon was born in Sleaford in 1863.