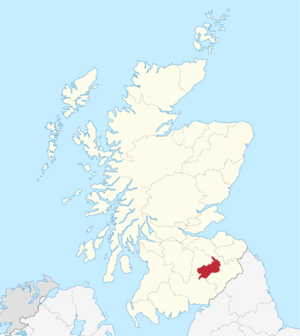 Selkirkshire shown within Scotland
Selkirkshire is a former county in Scotland. Its main town is Selkirk. In 1975 it became part of the Ettrick and Lauderdale district within the Borders region, and since 1996 it has been part of the Scottish Borders council area.