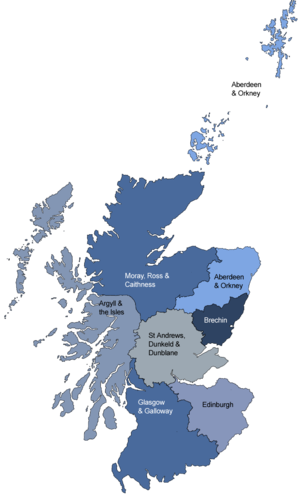 The church's General Synod has voted to consider changes to its marriage canon, which could lead to the church being able to celebrate same-sex weddings.[1] In June 2017 the Church voted to allow same-sex marriages to take place in church, in contrast to the Church of England which is prohibited by law from conducting same-sex weddings, and in opposition to the policy of the worldwide Anglican Communion.[2]

In August 2017 the church celebrated its first same-sex wedding.[3][4]