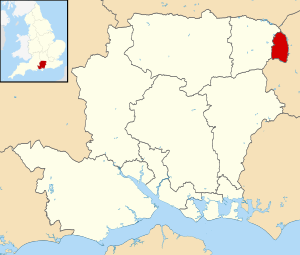 T E Lawrence lived for about six weeks in Farnborough in 1922, while on an RAF photography course.[1]

The Canadian MP Libby Davies was born in Aldershot in 1953.[2]