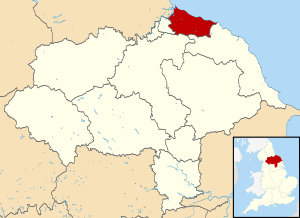 In 1974 the district was created (as Langbaurgh in the county of Cleveland) from part of the former county borough of Teesside. In 1988 it was named Langbaurgh-on-Tees.