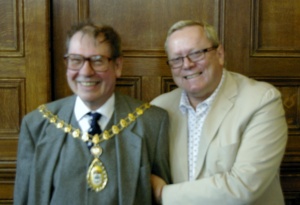 Ray Collins held leading positions in the Transport and General Workers Union from 1984 to 1998, and helped to steer the TGWU into a merger with the Amicus union to create Unite.

He was General Secretary of the Labour Party from 2008 to 2011. He became a life peer in 2011, and was later appointed a Labour whip in the House of Lords.