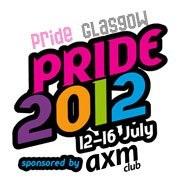 Pride Glasgow was established in 2004 and until 2008 was known as Pride Scotia (Glasgow), In 2008 the board of directors decided to rebrand the organisation to make it more focused on Glasgow and the West of Scotland. In 2011 Pride Glasgow started the development process thanks to a grant from the West of Scotland LGBT Forum to develop a business plan to assist in the future of the organisation and the festival. In 2012 Pride Glasgow officially become a Scottish Charitable Incorporated Organisation.[1]

In July 2013 there was a dispute between Pride organisers and Glasgow City Council about the amount of support that the Council were providing to the Pride festival.[2]