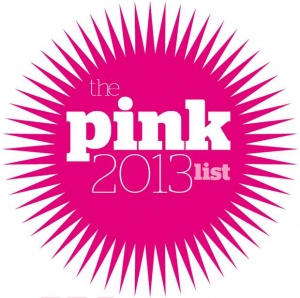 As well as the Top 101 there was a separate categories for "Lifetime Achievement Awards"[5] and a separate list for "Journalists".

"When the first Pink List was published in 2000, it was essentially a list of 50 influential people who were brave enough to be “out”. This year we received more than 1,300 nominations and had to reduce thousands of potential contenders to just 101. The judges decided that a Pink List contender can no longer simply be lesbian, gay, bisexual or transgender and famous. They need to make a difference."[6]