The name Out for Sport has been used at least three times.

The original Out for Sport

Out for Sport was formed in 1999 by Ivan Bussens, to create a network of LGBT sports groups, mainly in London and the South East.[1]

On 31 July 1999 Out for Sport organised a large tournament at Crystal Palace. It included men's and ladies' volleyball, swimming, football, badminton, squash and running.

In 2005 Out for Sport London hosted The Building Bridges Conference that was intended to heal rifts between the Federation of Gay Games (FGG) and Gay and Lesbian International Sport Association (GLISA). The event was organised by Ivan Bussens who helped the two major gay sports governing bodies come together to overcome their differences and discuss the future of gay sports. In 2018 the Gay Games and OutGames events will come together for the first time in the “One Quadrennial Event”, London submitted a bid to host this event: London 2018.

In 2007 Ivan Bussens died,[1] and the organisation ceased.

Out for Sport London revived the name in 2012, and ran "Out For Sport Week" between the Olympics and the paralympics.[2] Its Wordpress page lasted until about 2014.[3] It is still listed as a member of the Federation of Gay Games.[4]

Out for Sport booklet 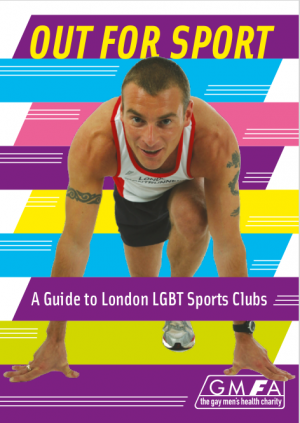 GMFA, the health charity, has used the name Out for Sport in the title of a small publication. GMFA runs an online database for all LGBT clubs and associations in the UK.[5]