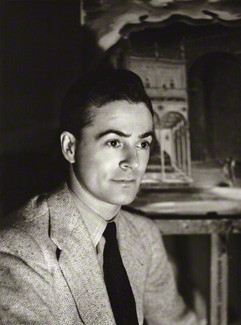 Born to a wealthy banking family, he studied at Eton College, where Harold Acton and Brian Howard were part of his group, and then at the Slade School of Fine Art. In 1925 Messel designed masks for Diaghilev's ballet Zéphyr et Flore. He designed sets for theatre, ballet and opera in England and the USA, as well as working for Hollywood. For a time he was the highest paid set-designer in the world. Messel's famous design for the suite of the Dorcester Hotel (1953) was restored in 1981.

During the Second World War Messel served as a camouflage officer, disguising pillboxes in Somerset. According to his fellow officer Julian Trevelyan, he revelled in the opportunity to give his talents free rein. The disguises of his pillboxes included haystacks, castles, ruins, and roadside cafes.[1]

Messel had close relationships with men, including Peter Glenville, and his companion and administrator of 30 years, Vagn Riis-Hansen. From 1967 Messel lived in Barbados, designing beautiful and simple villas which synthesised the European 18th century with local traditions. One lasting legacy is that his preferred light sage green shade of paint, now known as “Messel Green’ by paint companies in the Caribbean, has been immortalised as many property owners choose this colour for its quintessential Caribbean-ness.

Messel died in Barbados and was buried in his childhood home, Nymans, Sussex.