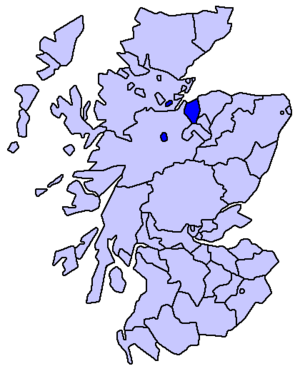 Nairnshire shown within Scotland
Nairnshire is a former county in the north of Scotland. It is now part of the Highland council area. The main town is the seaside town of Nairn.

King James VI of Scotland visited the town in 1589 and is said to have later remarked that the High Street was so long that the people at either end spoke different languages: Scots and Gaelic.