Difference between revisions of "Michael Dillon" 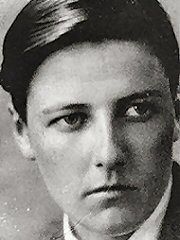 Laura Dillon attended St Anne's College, Oxford, became president of the Oxford University Women's Boat club, and won a blue for rowing. After graduating she took a job at a research laboratory in rural Gloucestershire. She felt more comfortable in men's clothing and felt that she was not truly a woman.

In 1939 Dillon started taking testosterone pills which enabled him to pass as a male. He later had plastic surgery to remove his breasts, and was given a doctor's note enabling him to change his birth certificate. He received a full gender reassignment surgery and meanwhile enrolled under his new name in medical school at Trinity College Dublin, where he again became a distinguished rower, this time for the men's team. Dillon went to Rooksdown House, Basingstoke for treatment from the plastic surgeon Harold Gillies (Kennedy (2006)).

In 1946 Dillon published Self: A Study in Endocrinology and Ethics, a book about what would now be called transsexuality, though that term had not yet been coined. This brought him to the attention of Roberta Cowell and he performed part of her gender reassignment surgery.

In 1958 his own trans history became public, and he fled to India, where he turned to Buddhism and was ordained a monk.

Based partly on the Wikipedia article: http://en.wikipedia.org/wiki/Michael_Dillon