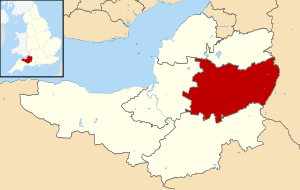 Location of Mendip district within Somerset
Mendip is a local government district in Somerset, named after the Mendip Hills. The main towns in the area are