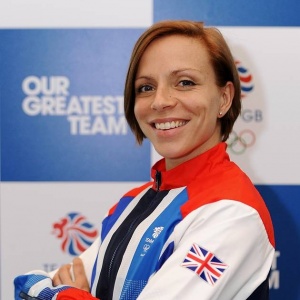 She was born in Withington, Manchester. She plays for Reading Hockey Club, and has represented her country many times. In the London 2012 Olympic Games she was hit by a stick in the team's opening match against Japan and suffered a broken jaw, but after missing two matches she returned to play in Great Britain's penultimate group game against China.

In 2013 she had a civil partnership with fellow hockey player Helen Richardson and both changed their last name to Richardson-Walsh.[1] The couple were listed at number 82 in the Pink List 2013. The citation said: