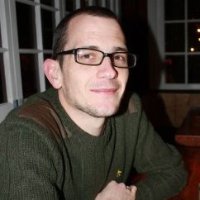 James Rowlands
James Rowlands is a social worker and domestic abuse advisor. In 2005 he set up the [[Dyn Project for male victims of domestic violence in Wales. In 2007 he was Project Co-ordinator for the LGBT Consortium's Parenting Project.[1]

"James Rowlands set up the Dyn Project in Cardiff in 2005. The project was one of Britain's first gay men's domestic violence refuges and has since set up a national helpline in Wales. Rowlands is now a domestic abuse co-ordinator in the London borough of Richmond, and co-chair of the national Lesbian, Gay, Bisexual and Transgender Abuse forum."[2]