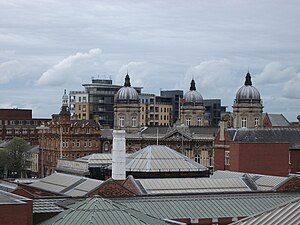 When Howard Johnson arrived in Hull in 1973 he reported to Gay News that there was no gay group in the city [1]. A Hull CHE group existed in the 1976, along with a Gaysoc at the University [2].

Hull LGBT Forum is a voice and representative body for LGBT people in Hull and the East Riding. Hull Pride has been celebrated since 2001. [3]

The Royal Station Hotel, the New York Hotel and the Polar Bear were a former gay pubs.