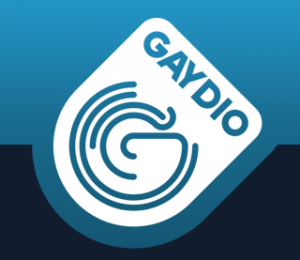 Gaydio logo
Gaydio is an LGBT radio station, broadcasting on 88.4FM in the Greater Manchester area and on the web.

It was founded in 2006, initially under a restricted licence service for that year's Manchester Pride. After four temporary licences it was granted a full-time licence in 2008, making it the UK's first full-time licenced radio station.