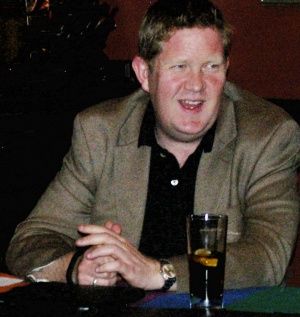 He was brought up in Surrey as a Roman Catholic, and felt isolated as a young gay person with no gay friends or relatives. He became a barrister in 1996,[1] and has concentrated exclusively on criminal law, as a prosecutor, defender, and more recently a part-time judge.

He came out as gay aged 30, and joined the London Titans Football Club as a player (he had been a keen footballer at school but had not played since). He soon became a coach, and subsequently manager of the team. For the 2012–2013 season he took the Titans first team into a "straight" league. He has qualified as a Football Association coach and referee, and has been very active in the campaign to rid football of homophobia.

Information from a talk by Ed Connell to Croydon Area Gay Society in May 2013.