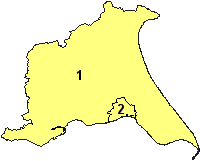 An LGBT Sexual Health Conference for the East Riding and Hull was held in December 2009.

Lollipop based in Beverley

Lollipop is a LGBT group for young people that meets in Beverley. It was set up in 2009 and covers the whole of East Riding (which includes the towns of Beverley, Bridlington and Hornsea).

The LGBT+ Youth Network is a partnership between Cornerhouse, The Warren, East Riding Council and TPSG - aiming to support LGBT+ young people in Hull and East Riding Council, bringing the youth groups together to increase support and amplifying the voices of the LGBT+ communities.