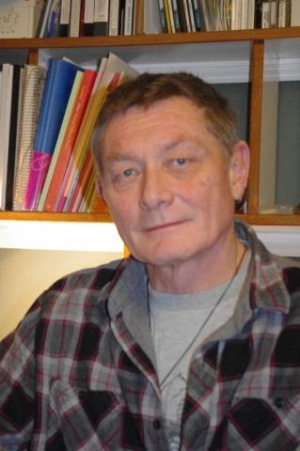 He has a degree in biology from a New Zealand university, but came to London in the late 1970s to study drama. He has worked as an actor, director, producer, dramaturg and playwright, specialising in new work. His first play The Davids, a gay romantic comedy, was produced in 1999 by the London New Play Festival.[1]

He is the author of Twenty-Two Eighty-Four, a novel set in the 23rd century, published by Paradise Press.