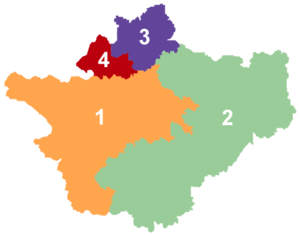 There is no county council; local government functions are carried out by four unitary authorities:

Cheshire Cheese provides news and information for LGBT people living in the county.[1] 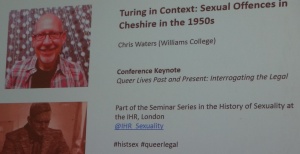 Talk on Cheshire homosexual offences in the 1950s
.

Alan Turing lived in Wilmslow, Cheshire. In 1952 Turing's charges of gross indecency were tried at the Cheshire Quarter Sessions in Knutsford. In 2017 Chris Waters gave a keynote talk about his research into male homosexual offences in Cheshire in the 1950s at the Queer Lives Past and Present Conference [2].

Cheshire Archives and Local Studies holds a collection of records collated by a Heritage Lottery project called 'From Prejudice to Pride'[3].