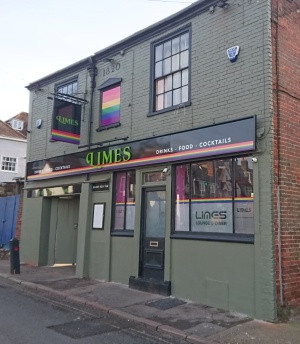 Limes in Canterbury (photo by Dr C Williams) February 2022
Canterbury is a city in east Kent. In Anglo-Saxon times it was the capital of the Kingdom of Kent; St Augustine became the first Archbishop of Canterbury after converting King Æthelberht of Kent to Christianity in 597. It became the most important place of pilgrimage in England after the murder of Archibishop Becket in 1170. The City of Canterbury is now a local government district, including Herne Bay and Whitstable as well as the historic city.

Christopher Marlowe was born in Canterbury. 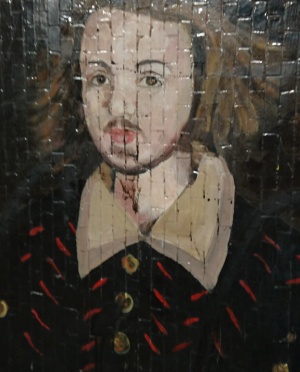 Mosaic of Christopher Marlowe in Canterbury

There was a Canterbury CHE Group. in 1979 Ken Condon, a schoolteacher, was the convener.

The National LGBT Health Summit was held in Canterbury in 2012.

In June 2016, police cordoned off a street in Canterbury after the window of a local gay bar, the Limes Lounge, appeared to have been shot out.[1]