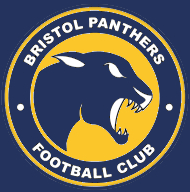 The original Bristol Panthers FC formed in 2000 and participated in the GFSN National League, winning the league titles in 2002–03 and 2004–05. It disbanded in 2006. The current Bristol Panthers was formed in March 2009 as a result of an advertisement.