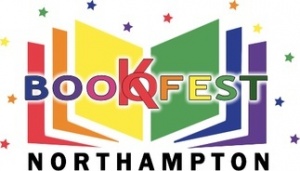 BooQfest is Northampton's LGBT literary festival. It was established in 2012 as a collaboration between FAN Northants and Northampton Gay Book Group.

The first festival in 2012 ran from Friday 14 September until Sunday 16 September, and saw a line up of more than 21 writers, including Alan Moore, Paul Magrs (Doctor Who), Joseph Lidster (The Sarah Jane Adventures, Torchwood), Mark Michalowski (Shout!, The Tree of Life), and poet Fay Roberts amongst others. It included readings, discussions, signings and panels, including a Sci-Fi themed event on the Saturday. It was held in several venues including Northamptonshire's Central Library, Royal & Derngate and Waterstone's bookshop. All the events were free.

The 2013 festival will run from Friday 13 September until Sunday 15 September. Some writers will be returning including V G Lee (Always You, Edina), Joseph Lidster (Wizards vs Aliens, The Sarah Jane Adventures, Torchwood) and Gary Russell (Doctor Who, Torchwood). There will be solo appearances from Paul Burston (The Gay Divorcee) and James Wharton as well as a plethora of other writers including Ben Wetherill (contributor to The Gay Stage), Lesley Davis, Martin Eden and Crin Claxton. There is also be Q&A sessions, book signings and workshops, all free of charge, at Northampton's Royal & Derngate.