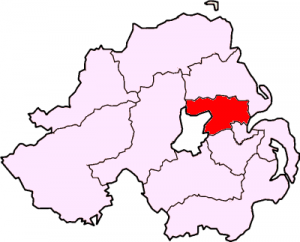 In 2014 a controversy arose in Newtownabbey, when a local Christian-owned bakery, Ashers Baking Company, refused to supply a cake featuring the Sesame Street puppets, Bert and Ernie, with a slogan supporting same-sex marriage.[1]